REVIEWBRUARY SEASON 2 [DAY 15]: HOW TO FIX THE FAST AND FURIOUS FRANCHISE

Fast and Furious by some miracle became a franchise hit, after the first four no one wold have assumed they next four would each go on to make excess of a million. And no one would understand how Universal could continue to make this and make a sufficient profit. But; it in recent years has become a juggernaut; I am a fan of this franchise; I am not ashamed by it at all; with Fast 5, Fast and Furious 6 being one of my favourite films growing up. So that is why the eighth film let me down, and now it seems that for once not even the creators know where to go with this franchise; and in a weird way it is refreshing that the creators have taken a step back to think about where to go instead of creating a story because they have to fill a release date. I have done many other Fast & Furious posts, one where I rank each film in the franchise, another where I rank each character and a review for the eighth film. Because I actually care about this franchise; I a, going to propose some ways the creators can fix this franchise, it will be hard as they have too big with a submarine so any attempt to feel “grounded” will feel too different to the reason people go and watch it. Fans know what to expect; cars, action, and cheesy dialogue so maybe a tone-down might not be the best thing. Nevertheless I will attempt to fix the Fast & Furious franchise.

1] HAVE A REASON TO MAKE IT

This is vital. I don’t mean if you don’t have a story don’t make it because that is silly and regardless Universal are pushing ahead with the ninth. What I want is the creators to take a step back, have a overreaching plan for the ninth and tenth. Just as the third and second felt completely different but tied into the main franchise, the ninth needs to develop each character and the family. I am happy Justin Lin is returning because I think he orchasted the rise for the franchise into the juggernaut it is and he will know how to continue this story. There are so many characters in the franchise, make a plan and go through with it, let them be villains – with the FBI chasing them, let them be victims with them running away from Cipher. But, just find some way to change this idea they are superheroes because that doesn’t feel very Fast & Furious.

When you read these lists; you will always find them to say stop the explosions, stop the CGI exaggerate stunts, stop the “faaaamily” but in a weird way this is what makes the franchise, whether you like it or not, there is a large percentage of the audience who wants to see “things go boom”. You need this stuff, because it doesn’t feel like a F&F film without it. What any future instalment needs to do is remember what it is – and this ties in nicely with the first point. They are not superheroes, they are not CIA agents, they just want to be free and live happily with their family protected, and that is why eight felt so bad. There was no reason for it, Dom went “rogue”, we knew it wasn’t real – they all forgot about my man Han and how he had just died and suddenly family meant nothing with every single member of the team turning their backs on Dom so easily almost forgetting the last ten years of history they all individually have with them. The problem is now they have turned into these CIA agents who are borderline superheroes there is no way to turn it back into the car chasing people we want. Fast Five was amazing because they wanted the money to live, Fast and Furious 6 was because they wanted immunity, Furious 7 was because they were being hunted, this all followed a plan, a clear and logical reason. But The Fate of the Furious just turned into a Dom vs Cipher with the addition of the Rock.

3] CALL BACK TO THE EARLIER FILMS 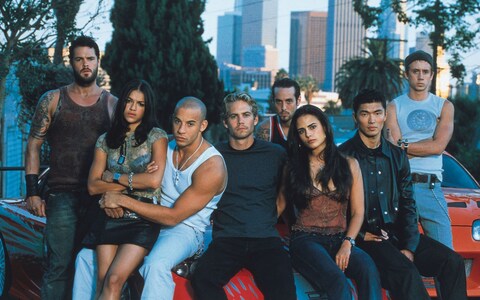 This franchise has been around for a long time and they have a large pool to dip into. When Fast Five brang back Vince it was great, a call back to simpler times and showed the creators where paying attention, maybe the ninth could be one of Dom’s original family is in trouble and he has to go and help, leader to a bigger problem and them becoming villains in the end. It just feels good when you see a character from the start, like a massive fan theory; taking Infinity War as an example when Red Skull returned it was great; of course no character can have the same impact but an attempt would be appreciated. And it isn’t like they are short of options, Han (Letty got shot in the head and came back), Gal Gadot (the DCEU is dead; right?), Eva Mendes from 2 Fast 2 Furious, maybe the baddie from Fast Five has returned to get his money, hell – anyone from Tokyo Drift, even the cousin from the first film. I think franchises and shows are great when there are so many characters that can come in at any moment

4] DEVELOP SOMEONE OTHER THAN DOM

Talking about characters, this franchise needs to develop somebody that isn’t Dom. Letty is literally on the sidelines waiting, asking to be tagged in; just tag her in. A massive reason eight got so much hate and something the eighth never did, was develop anyone that wasn’t Dom and Hobbs, the family aspect became Dom with supporting cast members. They ruined Roman and Tej’s relationship, brought in Clint Eastwood’s kid who was there for reasons. Had Ramsey just stand about, and had Letty mope about Dom not being there, where was the Letty that had that epic underground fight in Fast 6. Of course it was always Dom and Brian, and unfortunately Brian isn’t there anymore but we need something else, at its peak; there was Han, Gal Gadot, Tej, Roman, Dom, Letty, Hobbs, Brain, *his sister*. But, it doesn’t feel like the same vibe from this new group, with Tej and Roman fighting over Ramsey.

Please, please, please, please, please make them criminals again. Please let the FBI try to bring them in again. You remember the scene above; that was absolutely amazing, in order for the franchise to feel great again I think they need to have them be criminals again, they need to be chased – then they can have more car scenes and it feel like a better film. maybe even have the villain from the fifth return and want vengeance from everyone. I am not saying that it couldn’t work if they weren’t criminals I just think it makes it a weaker story with them being heroes.

6] BRING BACK THE CARS

Instead of the mandatory opening car sequence to remind us what the film used to be or it just being a hobby, include the cars more. I mean don’t get me wrong, the eighth did have a lot of cars, but it just didn’t feel right, Dom becoming Deathstroke, there being a zombie car avalanche, I think they need to have competitions on a street level where everyone knows Dom;’s name, where we remember just how feared Dom was. Just like that iconic Dom scene in Tokyo drift, also bring in cars that stays with the characters throughout, give a car to each character just to make it better.

The problem with these films are they are way to predictable, that is why so many people (inc myself) credit Fast 5 as the best. It was different, it was a way to reinvent how we perceived this franchise. Bringing in DJ, carrying out a heist, actual stakes of people dying and then the sixth continued it with them being used to chase down Owen Shaw’s team. But, how long can this franchise go on for – Fast and Furious is great but when will it end, there are so many times you can repeat the same story to me. They have already stated they tenth will be the last (I don’t believe them though because of the Box Office receipts) so why not go through with it, set something up in the ninth have the tenth be the final film and if need be Universal can return in a couple of years. Plus, they have got Hobbs and Shaw which will no doubt succeed.

2 thoughts on “REVIEWBRUARY SEASON 2 [DAY 15]: HOW TO FIX THE FAST AND FURIOUS FRANCHISE”