After successfully reviewing each episode of the final season of Game Of Thrones, I, among (no doubt HBO and) others have been waiting for the next big genre series. There hasn’t been much given to audiences, bar a few brief trailers but one show has been tipped a successor: Watchmen. The trailers themselves have given nothing away about the plot and the show has been kept under wraps, so I hear you ask: why so much buzz? You’ve all probably definitely heard of a little 2009 film called Watchmen, by a certain Zack Snyder, so why ten years later has the buzz for a superhero show ramped up, especially considering how saturated the market for it is now? Well, the original Watchmen graphic novel is credited as one of the most iconic graphic novels ever, and the secrecy around this series has increased the buzz to new levels.

Set in modern day Tulsa, in an alternative reality, the episode starts in 1921, as we see the Ku Klux Klan attack – leaving a young boy all alone with a baby girl. The series then jumps to 2019 as we see our first masked police officer hospitalised after an incident with a member of the Seventh Kalvary (a white supremacist group). Chief Judd Crawford (Don Johnson), understands the significance of the incident as there had been peace for three years and knows he must retaliate. All police officers (masked for their own protection) are drafted in, including Angela Abar (Regina King), a loving, retired mother who is the protagonist of the show. So; is Watchmen the next big hit? Is it the new Game of Thrones? Well, we’ll get onto that second question later, as for the first; it isn’t that simple. Whilst this first episode of Watchmen seems to get everything right, the show itself doesn’t seem to have any substance. Like I said, this show has been kept under wraps and simply put; I have no idea what the rest of the show will be about. This first episode divides its viewers and that’s because it makes it clear you’re going to have to stick through the entire series to get it. There will be some viewers who hate it, unwilling to give it ten episodes simply because they are confused and there will be others who understand the show is trying to build something, and will invest the time. 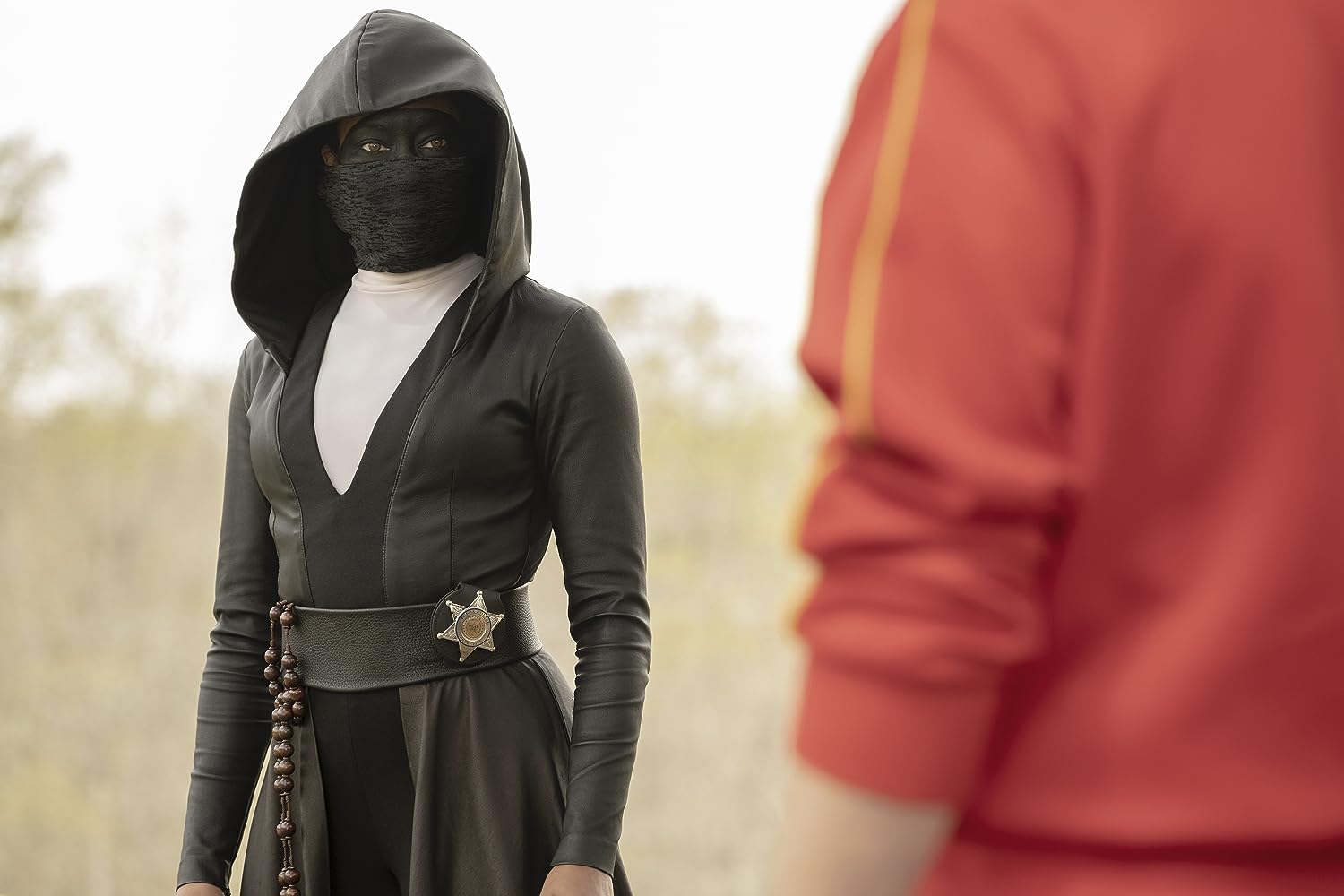 Watchmen is based on a graphic novel, but it is more than just another superhero show. I would even argue that it is more of a vigilante drama, that just happens to be based in a world of superheroes or at least that’s what the first episode has portrayed. The trailers for the rest of the season makes it seem as though at some point heroes such as Dr. Manhattan will appear. Nevertheless, I really liked the premise of the pilot and how the show will be more of a character driven show with it mirroring today’s society. The actual episode itself; does what it sets out to do, it successfully builds a world I want to see more of, and it cements itself as an important show by mirroring today’s society, which it does extremely well. It builds these new characters, characters that within the first hour of the first episode I have come to care for, and it successfully starts different story threads that will no doubt come together by the end.

The highlight of the entire episode for me, was the Tulsa opening sequence set in 1921. The entire opening sequence was gripping and I would argue, was when my attention was at its highest. Furthermore, the fact that this terrible attack was indeed an event from history that has hardly been highlighted – added to its significance. The pilot then immediately drops this and skips to present day 2019, linking it back through the grown-up young boy at the end of the episode. Another highlight of the episode is the acting – which was incredible, with all the actors deserving praise, especially Regina King. She shines as Angela Abar, and I look forward to seeing more of her character in the series. I also think high praise should be reserved for Don Johnson and I look forward to seeing more of Tim Blake Nelson.

But whilst there are highlights, there must be ‘lowlights’. Because the show does so well in introducing these characters, this world, these set of rules. It leaves the actual story slightly lacklustre – sure; it starts a new plot through the cliffhanger at the end but (again) I don’t think this is enough to carry an entire series. Like I said at the start, it all depends on what you are expecting when you watch the episode. If when you think of a superhero show, and automatically expect action – you will be disappointed. This series will be more of a drama/mystery, as indicated by Adrian Veid (Jeremy Irons) character – someone I absolutely have no clue is or what he plans to do.

Which leads me nicely into why I think Watchmen may not be the Game of Thrones’ successor but instead be very similar to another successful HBO show – Westworld. This is because of how I believe the writers intend to set this show up as a drama/mystery. With that, there are two potential outcomes. The first outcome is a success – as illustrated in the first season of Westworld, where the mystery feels natural. The second outcome is slightly less of a success, as illustrated in the second season of Westworld, where it felt as though the show was purposely misleading the audience in order to shock them. The truth is though, that none of us know what the rest of the season will be like. What I do know is that the pilot was an interesting episode, not a great one, but definitely something to build upon, and something that has grabbed my attention.

Anyway, for now: this series still has my attention. But, it’s running out of time. So: