I am a big fan of doing different types of content on this blog; and is one of the reasons why I have done so many series’ like: ‘Ridiculous Moments From…’, ‘In Defence Of…‘ and Reviewbruary. It’s been a while since I done something fresh on this blog – which is why I thought of a new series; ‘Most Annoying Moments’. In this series (you guessed it), I’ll be listing the most annoying moments from TV Shows to pretty much any film/film franchise. To start this series off, there was only one thing I could turn to. Like a friend that can do no wrong, the MCU has been my shining light in terms of content since I started this blog, and to start with, I will be listing the most annoying quotes from the entire MCU. Just to clarify, this is of course just my opinion so without further ado, let’s just get into it:

During my Avengers: Endgame buzz – I re-watched Infinity War (a lot, which is why I could have a post coming soon on how Infinity War is a better film than Endgame 👀) and this quote is (literally) the sole reason for this post.

“Made you look” in Captain America: Civil War

If you’ve even read one other post I have done on the MCU; you will know that Hawkeye is the best avenger. Hawkeye was my favourite cartoon character and although I have many problems with the big-screen adaption, this line weirdly enough is perhaps the one that annoys me the most.

This was the perfect time for Clint to say his trademark line “I never miss”. Imagine; there I was in the cinema: the big third act battle commences; there’s a second with Hawkeye (we don’t get many so I have to soak it in). Clint shoots; Stark says “you missed”. Right there; my eyes lit up, I was waiting for those three lines to come out of Clint’s mouth. They were on my lips; I got ready to say “I never miss”; as I got to the “I” he comes out with this rubbish! “MADE YOU LOOK”. I was and still am triggered, it could have been so epic, three and instead we got three words that mean nothing to him. Funnily enough, upon re watching Civil War; you may think those three lines wouldn’t be on my lips but nope! Every time I re-watch the film, I expect him to say “I never miss” and he doesn’t.

“You didn’t see that coming” in Avengers: Age of Ultron.

On one hand 🖐️. I love you Quicksilver; you protected the most important avenger (and I won’t hear anything else about it, so let’s move on). But then on the other hand, I was so over the whole; “you didn’t see that coming”. It was clear he was going to die; every other character was confirmed for Civil War, the actors had been seen shooting the film and Quicksilver was nowhere to be seen.

Plus; his relationship with Hawkeye really wasn’t that important; we got so much character development for Clint that the whole “you didn’t see that coming” just feel into the background. If it was Wanda who took the bullet and said “I’m an Avenger” after they had that talk in the building it would’ve hit harder. I didn’t really care that he sacrificed himself for Clint, it was clearly just the tick of the box that Joss Whedon wanted (the box being a character death) and was one of the few things Marvel allowed him to do in the Avengers sequel.

Unlike the MCU; I won’t be forgetting about Jane (disclaimer, worth pointing out; this was written prior to Comic-Con 😅😬), hell she didn’t even record any new footage for Endgame. Jane Foster is the character done ‘dirtiest’ by Marvel. Pepper was redeemed in the final few films, no-one really cares about whoever Rachel McAdams plays and the list of love interests essentially stops there.

So you may think that because Jane doesn’t have much to do; she doesn’t do anything wrong. But her line in Thor – “Oh. My. God” felt so weird, and epitomises her as Jane Foster in the Marvel Cinematic Universe.

“Well, with the benefit of hindsight.” in Avengers: Age of Ultron 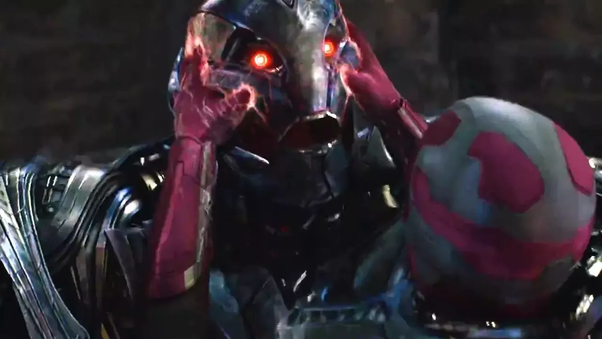 Not to keep going down memory lane; but I started this blog in order to rant about Age of Ultron. Recently; Age of Ultron has been put on Netflix, I gave it a go – and (somehow) I enjoyed, not only the film that much more but also, Ultron. I didn’t like Ultron at first; but upon re-watching, I understood his character more; I mean he still isn’t great and I don’t think his motivation is good enough but I have just a little bit more respect for him now.

Nevertheless; certain lines and ‘quips’ were not necessary and took away the weight of what was happening on screen. I could’ve picked many Ultron lines but I wanted to pick the worst one. The whole ‘making an omelette’ scene is a strong contender but the top spot has to go to ‘with the benefit of hindsight’. It’s the fact that this final Ultron line could’ve been so epic and menacing (I’m talking let’s go back to that first ‘Age of Ultron trailer, the one with the Pinocchio music’, epic), but instead it’s a flimsy quip. On the other hand though, I suppose the meeting with Wanda does do Ultron’s downfall justice and it is one of Wanda’s better scenes.

I don’t like being out of the loop especially with the MCU. In fact I pride myself on knowing the MCU inside and out. And so when Ant-man says ‘does anyone have any orange slices’, I was so confused because it didn’t mean a damn thing to me. I was confused whether I had missed something or if it was something I was supposed to get.

And, now, before everyone jumps on me for taking it too literally, I know it is simply a one-line throwaway joke but I still wanted to see him bring it up again. I wanted them to a least reference it again for me to enjoy it, but they never. Not even when he goes Giant-Man in Ant-Man and the Wasp.

“Taserface!!” in Guardians of the Galaxy Vol. 2

Sure, whilst most of these aren’t jokes and are actual lines, I had to make an exception. This one joke just dragged. When I don’t particularly like a joke in a film, and they carry it over throughout a scene in the film I struggle to enjoy it. This is the case with Guardians Of The Galaxy Vol.2, whenever I rewatch the film; I try and skip the whole ‘Taserface!!” scene (even though an epic battle is sandwiched in between it), it just isn’t funny for me, and I think they run that joke into the ground. Especially with the whole, “tell him the name of the man what sealed his fate” scene, followed by a laugh in what should be a truley epic final words scene.

So, there it is, did I miss any? Leave your most annoying MCU quotes in the comments. Thanks.