The third season of Westworld has already proven to be drastically different from what I’m sure many were expecting. Season 3 so far, has been able to build upon each episode in the best possible way, following up a phenomenal episode in Episode 4, with, at the very least, a bold, different and experimental episode that I had never expected from this show and was excited and appreciative that the creators decided to do something different with (the whole Genre aspect), even if the episode seemed to dial the story to a whole new extreme. Following up from that extreme in the last episode, ‘Decohernece’ starts with a conversation between Serac and Maeve, where Maeve explains she needs help in order to succeed, to which Serac is willing to help but makes clear failure is not an option again. In the real world, Charlotte feels the net closing in on her as Serac’s takeover of Delos is almost complete and she finally decides her priorities, whilst William is resistant on any therapy leading to a new form of therapy that forces him to deal with his inner demons. 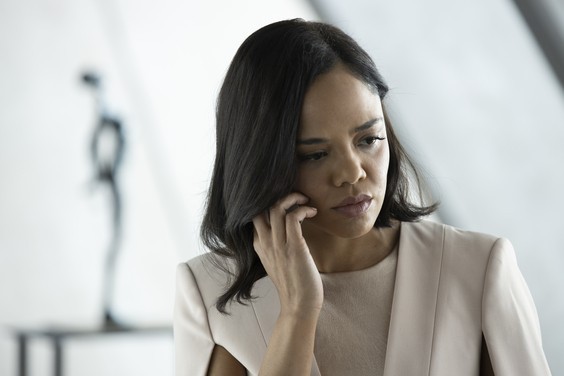 Season 3 of Westworld is a totally new show, this isn’t the first time I have said this, and I can promise it won’t be the last. Because of that, it’s quite hard to separate the episode from the season and the overall arc, following up from last week’s episode, everyone’s profile has been released to them, leading to complete disorder. And, so everything seems so minuscule in comparison, because by releasing all the profiles, it puts the audience in a position where it feels as though we haven’t explored enough of the real world (which is now in shatters), and we don’t really care about the hosts’ world because we haven’t been there for a whole season. The entire Nazi sub-plot is completely useless, and I much rather have had Maeve in her first setting, interacting with characters that are no longer needed, like Teddy or Clementine. And, so any episode that doesn’t deliver strides in story seems unimportant, and it is hard to make strides in the story when the season has put Dolores and Caleb at the core and in the position of leading the charge (and as a result, leading the story) by having them leak the profiles. Now, that in no way means I didn’t like the episode, because I really did, I just feel as though by the profiles being released in the last episode, it catapulted Caleb’s and Dolores’ story, and as a result gave their story more of a weight and importance and thus it delivered a blow to the balance of the show. So, showing the audience an episode that doesn’t have Caleb and Dolores in, makes the episode not seem as important because Maeve’s and William’s story no longer feel as though they have the same weight as Caleb’s and Dolores’. 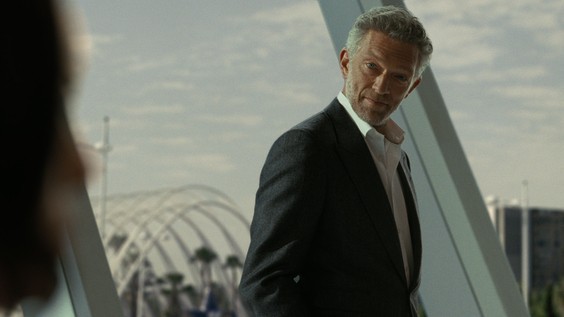 But, I really did enjoy the episode, William steals the show in every scene he is in, and having his arc play out the way it did was phenomenal. I loved the group therapy session he had with past versions of himself, and I was delighted that Jessi Simpson returned to play a younger version of William, because I felt he was fantastic in that first season. I also quite liked, how the entire episode in some way reflected what the season has been attempting to showcase, in the group therapy session, William asks himself if ‘he chose his life’, bringing back into full circle this idea of free will. Furthermore, I loved the strides taken with Charlotte, and the scene she shares with Dolores over the phone in which she reminds herself that she has a job to do, and as such she doesn’t need to care about the family she has been attached to, yet as the episode draws it becomes clear she makes a decision that she wants to save the family, even though in theory these people mean nothing to her. And of course, the idea of free will is linked nicely with Maeve, when she asks Dolores, ‘what choice do I have but to fight you’.

I love development of characters, and this episode does a brilliant job in pairing characters up and as a result linking every character together and showing their strengths by adding depth to their characters. A great example of this is Serac, who bar the last episode hasn’t had much screen-time, but he has quickly become a character that I enjoy and Vincent Cassel does a great job in playing him. We learn so much about his character through his interactions with Maeve, and Charlotte, and even though Hale is Dolores, it is building up to the moment where the two of them meet. Even though I feel as though they have handled Serac’s character perfectly, the only misplaced step I think they took was the decision in the last episode to kill off Martel (Pom Klementieff), because I had hoped she would have a large role to play. 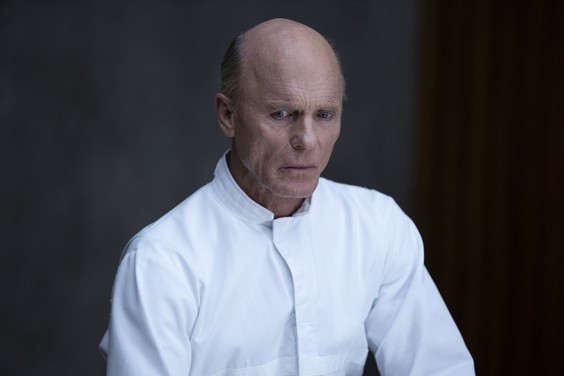 I am a big fan of Maeve, and I have always liked her mainly due to Thandie Newton’s performance, and there hasn’t been enough of her for me in this season. She always smashes out of the park what she is given, and she has the best scene in the entire episode where she interrogates a pre-war Dolores, and we get to see the two of them have a conversation that mirrors the one they had earlier on in the show, where the two of them explain they don’t want to fight but, the decision is out of their hands because they are on different sides of the war, again referring to the free-will idea the creators have linked throughout the season. The dialogue that was written for the both of them in that scene was brilliant, and I loved how it put emphasis on this idea of ‘who is the villain in the story’, which of course is hilarious when you take into account the fact William literally says he’s the hero at the end of the episode. Like I said, Serac’s development in the past two episodes have been great, and the dynamic between him and Maeve in the opening scene is menacing, and reminds audiences of the position Maeve is in. Ever since the start, Maeve has been able to control most of the things in her world, but Serac explains that won’t be the case this time, and if she doesn’t doom her own kind, she’ll never see her kid again. Like I said at the start, having characters we have already seen adds so much, and even though he has hardly been in the show, the impact Hector’s death us on audiences is great because impact it has on Maeve is important and adds so much development to her. 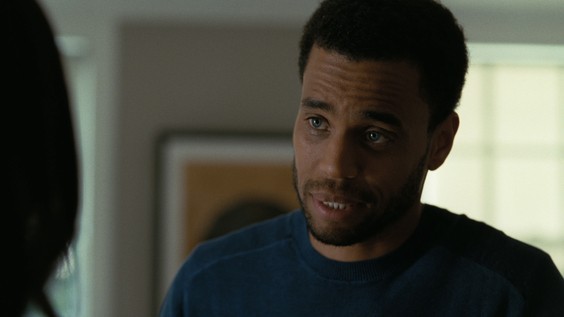 And, finally, onto the other star of the episode, Charlotte Hale. Like I said, I really enjoyed the development of her character through her family and Serac, helping audiences to see a new side in this war, one that is a mixture of both Dolores and Maeve, because now she is Dolores, but she has come to care about her family, just like Maeve did. So far, regarding character decisions, the writers have done everything right but I was a little disappointed in the resolution of the Hale twist that was delivered in the third episode. I had hoped that she would continue to grow close to her family, and Hale would be put in the position where she had to choose a side in the war, her family or Dolores. But, I suppose blowing them up will suffice.

Looking at the promo for the next episode,I can’t wait to see more of Caleb, and I hope they give me more William and Bernard!