Before you read my Westworld season 3 episode 3 review, why not check out other season 3 reviews or my season 2 review? And follow me on twitter @AthemovieZ

As we reach the halfway point of Westworld, the lines in the sand are very much drawn. ‘The Mother of Exiles’ reintroduces a fan-favourite not seen since season 2; William (Ed Harris) otherwise known as the Man in Black  is hallucinating his dead daughter, confronting him with his biggest fears – the biggest one being whether or not he has become the very thing he has dedicated most his life too beating. Charlotte Hale (Tessa Thompson) approaches him and explains she needs his votes in order to stop his company being taken away from him, meaning he has to escape his personal hell in order to save his company. Meanwhile, Bernard (Jeffrey Wright) is hallucinating Dolores (Evan Rachel Wood) and his initial re-creation, and asks Dolores: who else she stole from the park? He is brought back to reality and it is revealed he has a lead on Dolores through Liam (the rich ex-boyfriend she was using) and he and Ashley (Luke Hemsworth) plan to grab him at the party believing he has been swapped for a host – a party Dolores and Caleb (Aaron Paul) also intend to snatch Liam from. Elsewhere, Maeve (Thandie Newton) is given an ultimatum by Serac (Vincent Cassel) as she looks to find out just where Dolores went. 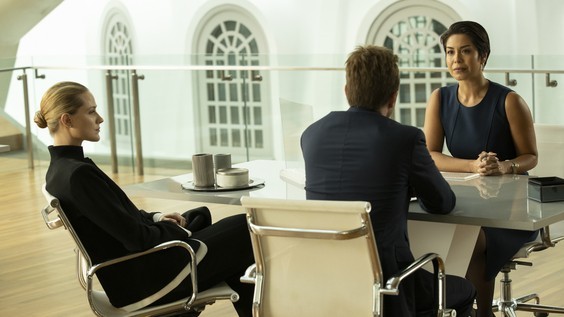 Without a shadow of doubt, ‘Mother of Exiles’ is one of the best episodes of Westworld I have seen for a long time, even – arguably, since the season finale of the first season. It’s pacing, story lines, character parings, score, character development and action scenes are fantastic and make for great viewing. Whilst also progressing the series and revealing some secrets I had assumed would be kept secret until the final episode, and by teasing the potential character development for so many characters. This episode does such a great job in juggling all the characters it has in play, which I don’t think it has been able to do in such a long time, and it does this by pairing characters up perfectly. Having Charlotte pair up with William, two characters who haven’t had much screen time in recent times, and then getting to see Bernard, Ashley meet Dolores and Caleb and having Maeve interact with Serac and later Musashi (Hiroyuki Sanada) and then revealing each host is actually Dolores, meaning each person has been interacting with Dolores this whole time. And allowing the Maeve and Dolores character dynamic to shine as well as the Man in Black and Dolores dynamic to shine, something audiences have been waiting a long time to see which really comes into fruition in the end of the episode, when it is revealed each ‘host-swap’ is actually Dolores and we get to see Williams reaction to this all whilst seeing him all dressed in white, alone and abandoned in a mental asylum. Left with only the company of Dolores, there is a truly wonderful and beautiful scene in which Dolores is back in her ‘farm-outfit’, and it dawns on the audiences that the roles have completely switched, and a complete character reversal has happened to these two characters since the first season. Two characters who were very much hero and villain, one a hero that is a scared farm-girl, the other a mysterious villain who continuously kills the girl. And, now, in that scene we have a scared man, lost and abandoned who is almost positioned as a hero, and a hellbent woman, determined to destroy everything that once put her in a position of such inferiority, 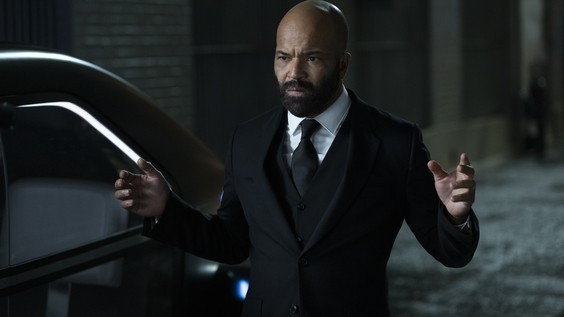 This episode also has some of the best action that has been seen this season, as there are multiple action scenes spread out throughout the episode, and each scene upping the next. One that was truly incredible was the one between Dolores and Ashley, in which we get to see two character who have never had much interaction, build a dynamic as Dolores insists this isn’t his fight, still believing he is a man. Whilst we also get an action scene between Maeve and Musashi (who is Dolores), where for the first time we see Maeve come up against someone who is stronger than her after the episode before hand set up just how powerful she is. We also get an interaction between Bernard and Caleb, where it’s the first indication to Caleb that Dolores is not all that she seems to be after all, and that has been building throughout the episode as Caleb is surprised by how quickly and easily Dolores is prepared to kill anyone in her way.

Following up from my last review, I had assumed every episode would be based on one of the main characters, considering last week was based around Charlotte Hale, but I wouldn’t say this episode is centred on William. I did really enjoy the scenes we got with him, and Ed Harris is phenomenal as he shows off just how troubled William is and Harris must be praised for making William so menacing and fragile at the same time. But, it seems next week’s episode will be centred on Serac and so maybe there just wasn’t enough story to make William more of a focus in this episode. 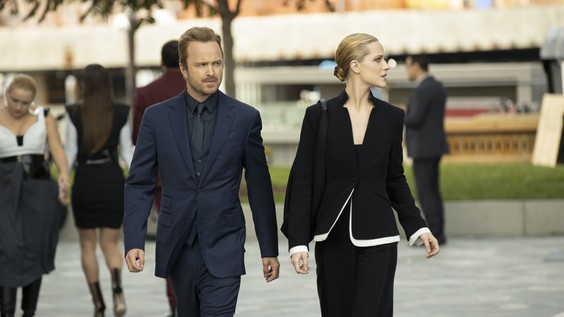 WOW! Consider me impressed, I wasn’t sure how Westworld would make me fall back in love with the show considering it’s wildly different from what I loved originally but this episode shows there’s life yet.