Arrow was the very first TV show I fell in love with, the first two seasons are (for me) still some of the best television I have ever watched. The sheer impact this show has had on my life, my watching habits and as a result on this blog is incredible, and just to see a crossover of this magnitude was nothing short of incredible, at least that was how I felt before the crossover had started. Although, ‘Crisis on Infinite Earths’ was everything I had ever wanted, the actual story line was so wild and unnecessarily cryptic I had started to think maybe this crossover was too ridiculous to get behind. But, after watching the first three episodes of the crossover, and because of the scale and the ambition of said crossover – my mind was blown.

Sure, there are some parts of the crossover that weren’t great and the show does everything in its power to confuse audiences but the shocks, the cameos and the dynamics were incredible and what was best is that there were still two parts of the crossover to complete, meaning there were still so many opportunities for audiences to be shocked, and shocked we were. Even though it seemed as though the creators had gone all out in the first three episodes, the final two show that this was a perfectly crafted event and up the level. Deciding to keep only seven characters for such an important episode meant we got to see what was at stake, the introduction of the Legends in the final episode gave the crossover a freshness it had been missing. The decision to have the fourth episode be an Arrow episode, and taking the audience on a history tour of the series to some of the most important moments of the show was a stroke of genius that allowed every character to have some impact in the episode (helped by the decision to keep only seven). And, most importantly, bold choices allowed the crossover to make a mark and gave the actors the tools to pull of some truly amazing performances. 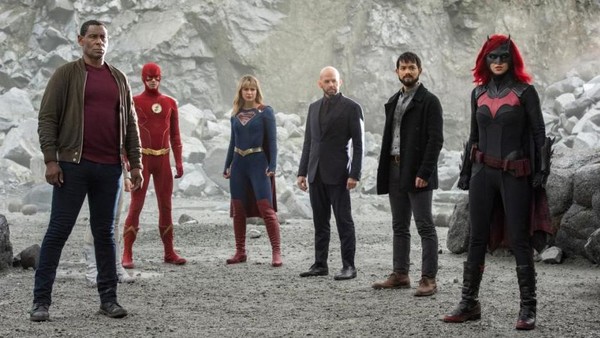 After Part 3 ended with the seven Paragons trapped in the Vanishing Point, Part 4 picks up ‘months later’ – we are introduced with a monologue by the only human amongst the Paragons (hell, even Lex Luthor has powers now), explaining how everything has changed. The Flash has been gone for months, Supergirl (the Paragon of Hope) has lost all her hope, Batwoman is training for a fight that will never come and he is helping Lex Luthor as they look for a way out. After failing to escape, and the reappearance of Barry Allen, a mysterious Oliver Queen appears to help guide the seven paragons to save humanity and restore the multiverse

There is so much I liked about this episode, but I will start by echoing what I said in the introduction and in my last post. This crossover is amazing, because although all five episodes are under the umbrella of “Crisis on Infinity Earths” (with even the title card changing), this is still an Arrow episode. And, although none of the seven Paragons are from Arrow, the focus on Oliver and his legacy and the travels Barry has to each memorable moment from Arrow manages to make this episode maintain everything you love about Arrow even though the cast is hardly in it. Due to Barry going to the most important moments of Arrow’s history, we get to see OG Laurel and Diggle, and although she doesn’t get much in these episodes, we get character development for Kate as she sees how Oliver once treated his allies compared to how highly they talk of him now and how she needs to change something in herself. Furthermore, I said in my last review, that I wish we had more time with Barry and Oliver. Thanks to the nature of the fourth episode, we got that here and it was phenomenal – every scene the two of them shared was powerful and I really liked the scene where Oliver confesses that he traded his life for Barry’s and Kara’s. The acting in all the scenes the two of them shared was so impactful and the introduction of Sara in the scenes was amazing, but the true payoff would come in the next episode. 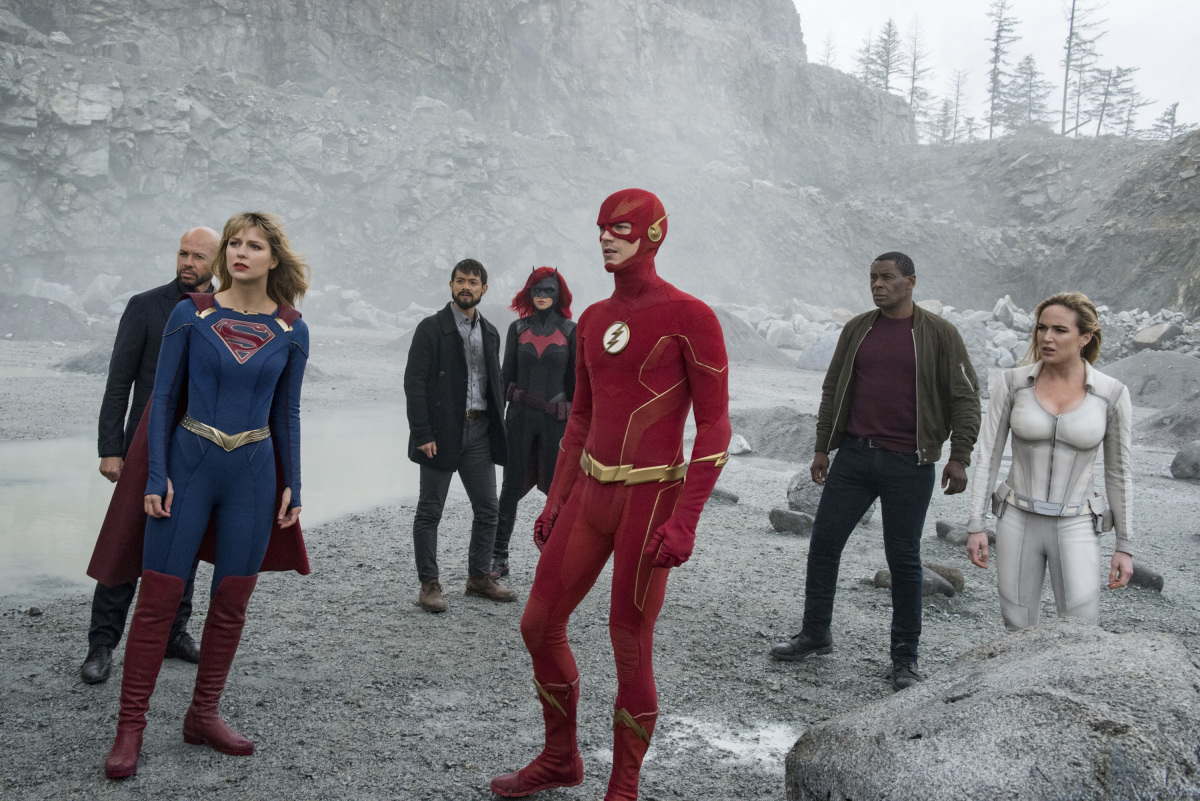 The entire episode was amazing, and it mirrors the crossover – because although the story line and the villain aren’t as memorable; the heroes and the sheer scale of it all makes this event the best I have ever seen. But, like I said, this episode also does stumble where the crossover stumbles – whilst The Monitor is given some good character development and we see how the Anti-Monitor is created. The Anti-Monitor is still a CGI creature with no real substance; but I completely understand that a trade-off needed to happen in order to get to the main point of the episode. Which wasn’t saving the universe by killing the Anti-Monitor but rather by killing Oliver, and so the Anti-Monitor isn’t really that important.

It is almost as if Christmas had come again, because what I witnessed in the episode has to be the most amazing thing I will see this year. After only dreaming it was possible to have a crossover between the DC films and the TV shows, to see Ezra Miller’s The Flash and Grant Gustin’s The Flash share a scene together, was everything I have ever wanted. And, the best thing about it all, was the fact that it managed to stay under wraps, I thought I knew about every crossover but this really did surprise me, my mouth dropped to the floor, I was so happy! I didn’t even mention that I wanted to see a crossover between the main films and the shows in my last review because I just didn’t think it was possible. 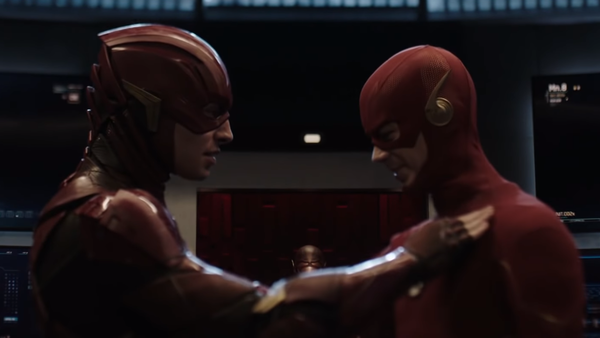 Moving onto Oliver’s death, and it was truly heart-breaking to see a character that started it all, and has been the main-stay for the past eight years bow out. I think it was very well done I loved the idea that: “there is an end and there is a beginning”, as we saw the end of Oliver but the beginning of a new universe. I do, wish that we got to see Green Arrow take on the Anti-Monitor and not the Spectre he had become, but giving him a higher purpose meant that all the threats and warnings The Monitor had given in the last year wasn’t all useless as his destiny did come to pass. Furthermore, I didn’t like the whole idea of “you fan the flame”, and it was (essentially) the seven heroes looking at what Oliver had done and ‘wishing it into existence’, but I choose to forget that because it is almost guaranteed that hope will be attached in the Arrowverse. 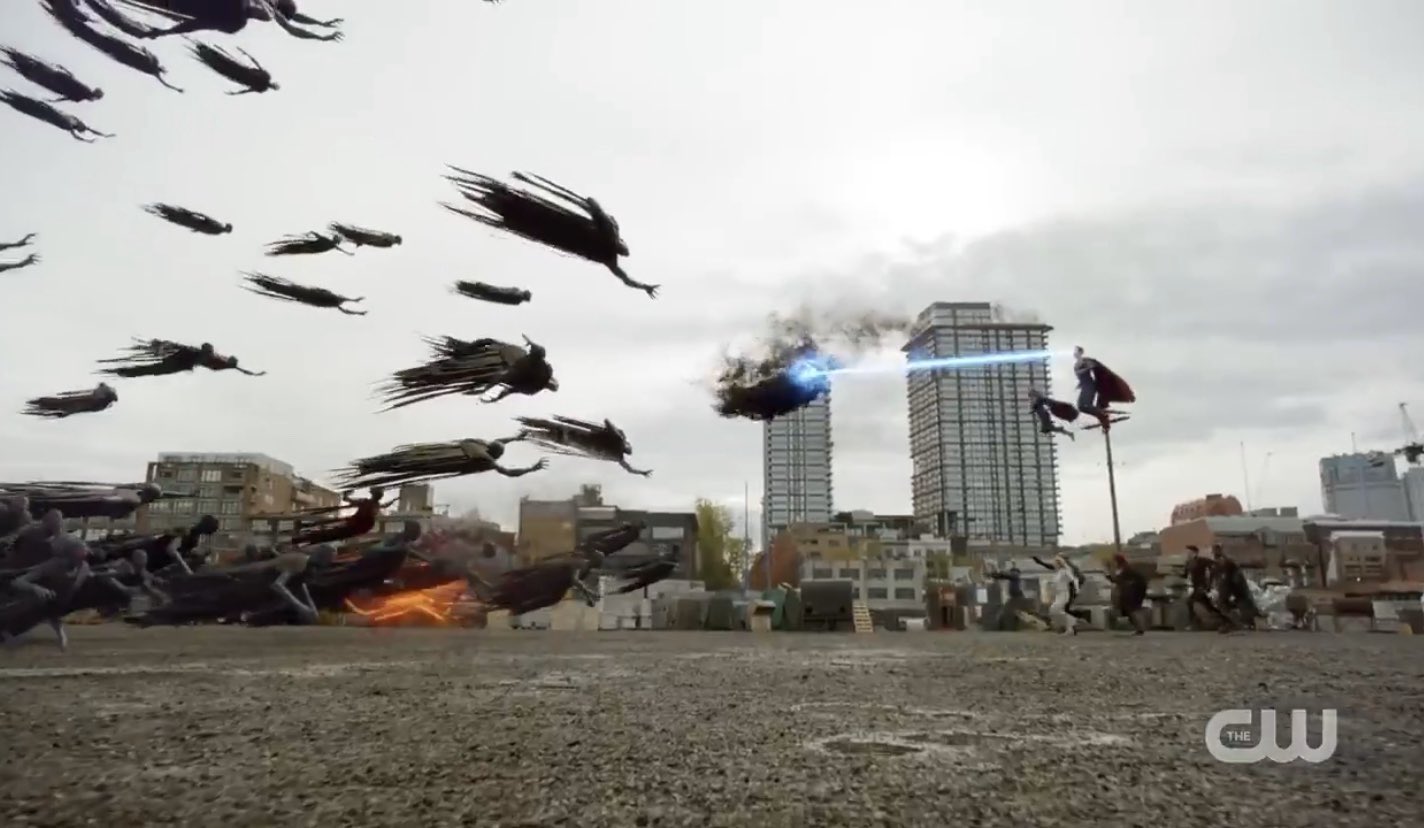 Part 5 picks up right where Part 4 left off, we are unsure what has happened but we know the universe has been restored. It then comes to light that not everything is the same, as Lex Luthor is now winning Peace awards and is technically Supergirl’s boss. And the heroes discover, that multiple earths have been fused to create ‘Earth-Prime’, meaning that Supergirl, The Flash, Black Lightning (?) all now live on the same earth allowing so much crossover as we move into a ‘post-crisis’ world.

Just as I said, in my Part 4 review, each episode reflects the show’s identity. DC’s Legends of Tomorrow, is definitely ‘the forgotten show’; something the Legends themselves joke about constantly as they say ‘were they invited to this one’ – referencing the lack of Legends in last years crossover. The decision to have a Legends episode to remind fans how fun the Arrow verse is after such a powerful Arrow episode was a breath of fresh air. Furthermore, the fact that although the episode was fun, it managed to intervene emotion with powerful performances from the entire cast showed how great the shows can be. As it is a Legends episode, I will start with Sara, I enjoyed the role Sara took in the show, being the only character that can link Oliver to his past and her powerful scene with Barry where she states that was one of the best we got! Creating new dynamics between these characters were a necessity if the death of Oliver was to work, creating a dynamic between Sara and Barry should be something that will be really interesting to see in future crossovers. And. seeing Sara run to the bunker to check on Ollie, only to be told by Diggle and the team that he never came back was amazing. Seeing the pain in David Ramsey’s Diggle as he said that he missed Oliver’s death – ‘his brothers’ death not once but twice, really resonated with me and was one of the many times I was nearly brought to tears. 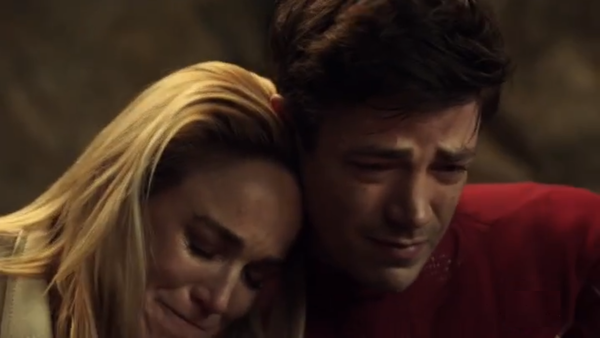 I also mentioned in my last review, that I really wanted to see more from Martian Manhunter, being someone that doesn’t watch Supergirl; my only interactions with Manhunter is when I see him in the crossovers and it is always short. But, he got an expanded role in the episode, as he is the one that was responsible for updated all the memories – leading to a powerful scene with Nash Wells, where he confronts him for releasing the Anti-Monitor and sets up some very interesting plot threads that should no doubt come to fruition later on in The Flash. And, weirdly enough; I find myself in a position where I might start watching Supergirl; I really enjoyed Lex Luthor in the crossover and the dynamics between the Supergirl and Luthor seems really interesting, and who knows where that will go moving forward.

The decision to reduce the number of characters was a stroke of genius and so to was the decision to return them all for the final fight, as we got to see all the heroes in a final battle against a Beebo that highlights the goofiness of the Legends show. And then, we get to witness them all team-up to defeat the Anti-Monitor once again, including a Black Lightening appearance that just brought a smile to my face. The fight scenes throughout the crossover was incredible, showcasing what the Arrowverse has to offer especially considering the first three episodes never had that many action pieces. 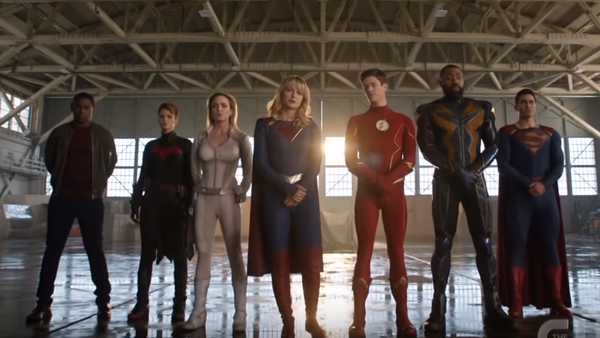 And finally, moving onto the ending. I loved the new Justice League that was formed or ‘Superfriends’ or whatever it is to be called. I loved the round table and the emblems on all the chairs, as they change the Arrowverse forever. And that is what is so great about this crossover, everything will change because the creators took risks. And, I can’t wait to see how each character adapts to the changes in their own shows moving forward

I give the crossover a 9/10, truly amazing and something I don’t think I will ever see again, sure, the Anti-Monitor might not be a good villain but, the heroes make it. The bold choices the creators make, means not only is the Arrowverse changed forever but also means that the crossover does something I never though was possible. Subvert expectations.