It’s been a little under two years since the Season 7 climax; and the penultimate episode of Game of Thrones has arrived. After Episode 4 successfully set up the all of the chess-pieces, episode 5 picks up with a broken Daenerys; she struggles to cope with the losses she faced in the last episode. This leads to some very big choices being made by our characters (that might or might not be justified with their development over the years), as we see a scheming Varys decide what he must do to protect the only thing he really cares about. Tyrion and Jon both also have choices to make and we see them make theirs even if it turns out to be the wrong one; and in Tyrion’s case meaning he’ll have to see a dear friend pay due to his actions. As they prepare of war, Daenerys refuses to believe anything but bloodshed will do as her hand is desperate to save the people of King’s Landing. As the battle for Kings Landing begins, it becomes clear everyone is doing the best they can to stop the bloodshed apart from the only two that matter in this war; Daenerys and Cersei.

There is quite a lot to unravel from this episode; and in simple terms that only word I can give to describe this episode is that it was just that – a lot (that’s two words but its okay). I don’t want to say that I am disappointed in the episode but it definitely feels as though it all has been rushed, not only in the sense of the end of these characters but also how the first seven seasons focused on setting up characters only to throw that all away and replace it in one episode. This episode feels as though you have been writing an essay; taking your time in planning and researching only to discover the deadline is in two hours and rush to write whatever you can. I am probably one of the few who really liked the third episode; I understood that many (including myself) weren’t happy with the way The Night King’s was abruptly killed with no background explanation but I didn’t think that episode 3 would be that last of The Night King’s story (and I still don’t), so I didn’t let it cloud my judgement for that episode. However that being said; looking at this episode, it is the end of so many characters’ stories, and it changes so many characters so quickly that it just feels underwhelming. Characters like Cersei and Jaimie, The Hound, Arya, Daenerys, Euron and Yara (where the hell is Yara) – all of these storylines and character developments that the show has been building for many years all either end or change so quickly, Jaimie and Cersei don’t even spend anytime together before they meet their fate – clearly designed to factor into the ‘plot twist’ and Daenerys goes from being built up as the ‘breaker of chains’ for seven seasons to the Mad Queen in less that two episodes.

I did enjoy the episode, I had problems with quite a lot of it and the decisions the storytellers made, made the episode feel so rushed. But the problem isn’t with the episode it is with the season, it is the fact that it gave itself six episodes to wrap up a massive story. And it wasted the first three of the four episodes not developing any of the main characters like Daenerys in order to pay off these massive plot twists GoT is known for (for example she could have lost Missandei in the second episode and then it would’ve let the Mad Queen transition feel a lot smoother, but instead that moment of indecisiveness on the dragon takes the audience by surprise – and I liked that moment but it still felt rushed). The season did not develop any of the characters past what we already knew and then decided to undo it all so quickly, of course Daenerys does get development and she doesn’t just turn into the Mad Queen like that but it comes down to the fact we spent seven seasons of building her up only to knock her down in about an hour of screen-time. Throughout the entire season, I kept thinking that we still had more episodes to come, and they would be the one to blow my socks off. But, unfortunately, we are now at the final episode there is less chance of me being really impressed.

Alot happens in the episode; it begins with Varys facing his end. I really liked Varys and I really liked the moment him and Tyrion share as he confesses all right after deciding to keep the secret that Tyrion wanted him to as he burnt the letter he was writing. One of the biggest moment of the episode, is no doubt the death of Cersei and Jaimie Lannister. I am not a fan of them dying in and among the rubble – I just wanted a grander death (but I suppose it was meant to be poetic), and I hope that the next episode will give some redemption to their deaths as we get to see it resonate with the characters who have wanted Cersei dead this entire time. That being said; I am (of course) happy that we got to see the prophecy (and my prediction) play out; as Jaimie dies in the arms of somebody he loves. I was definitely not happy that Jaimie died (even if I knew he had to) and I was kind of hoping the two of them would last until the end of the season because we hardly got any Cersei this season. 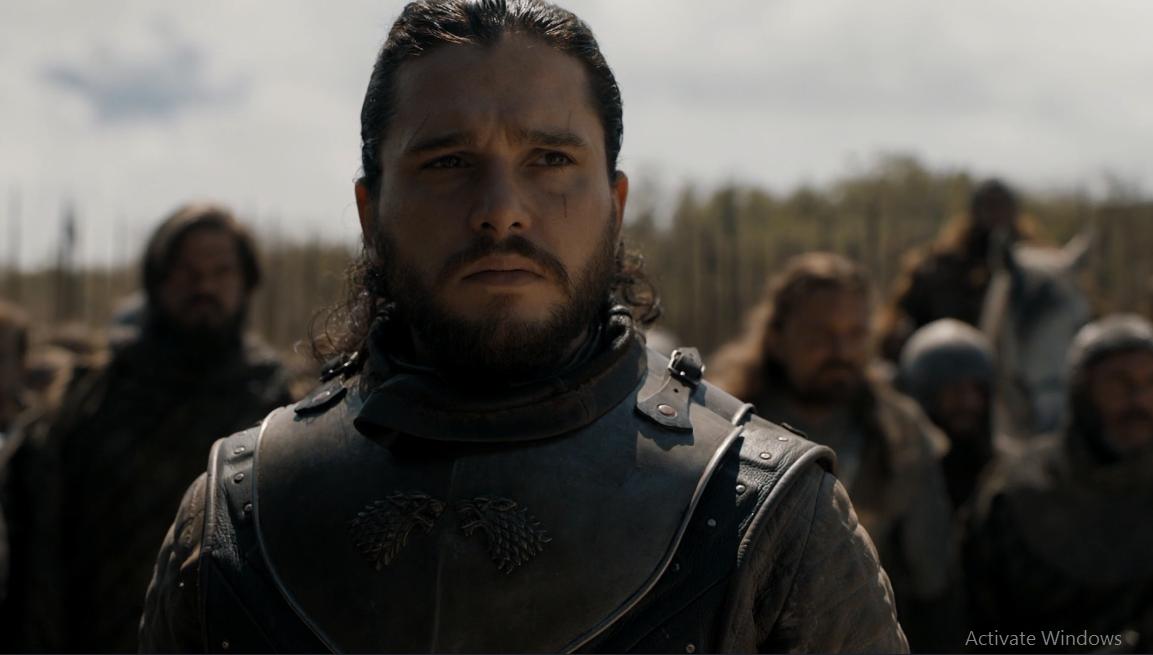 The episode was very well directed and well choreographed, and like I said earlier I really did like the episode overall. I really did like the little character pay-off we did get to see that was building up; finally seeing a dragon in it’s glory was amazing. And I enjoyed (even though I didn’t like the transition) seeing the Mad Queen in action, and I loved the moment of indecisiveness as we get to see (the main three now) between Tyrion, Daenerys and Jon as they all react to the Lannister’s army surrendering and ringing the bell. The entire segment where Drogon is laying waste to the city is incredible and this lead to some of the best work of the season as we got to see normal inhabitants fight for their lives as dragon fire rained from above them. I loved it, I loved seeing how this all affects the normal people who wanted nothing to do with this war. And I also, liked seeing that no matter how far Daenerys thinks she took them; by her giving her order to kill everyone – the Dothraki and Unsullied once again became the animals they once were. I specifically liked scene where they threw down the swords and Jon tries to keep the peace. Grey Worm was definitely one of the best characters this episode as we got to see him deal with Missandei’s death as he took out soldier after soldier.

And finally, even in my predictions I left out CleganeBowl because I simply didn’t want to expect anything from it. I knew it was coming, but I didn’t want to expect something from it, but they way it played out on the screen was definitely confusing to say the least. Due to the different shots of Arya that was intwined in the fight scene, it took away all the dramatic effect of the scene and even when it seemed the Hound was going to die, it didn’t feel like the climax of the scene. I did like that The Hound died in the fire though. And finally; we move onto Arya. Like I said earlier, I really liked seeing death and destruction impact the normal people, and I liked how we got to see Arya try and save those families (even though they all die in the end). Arya and The Hound’s final scene – if you have read any of my other reviews you’ll know I love character relationships. And I love how Arya thanked The Hound, I also really liked how The Hound told her not to follow him. This literally meant Arya should go and live her life and not chase revenge like he did. And – oh; I liked Qyburn’s death; sorry if that felt tagged on (but so did his death); I loved how he was just slapped to death.

Wow. That was a lot. Let’s see what happens next.