This review is spoiler-filled; so proceed at your own risk. Alternatively you can see my spoiler-free review of Avengers: Endgame here. Or you can see my Game of Thrones predictions here.

After a more character-centric first two episodes, Battle of Winterfell arrives and it is worth the wait. Gearing up to face The Night King’s forces, we find the characters all in Winterfell preparing for the oncoming onslaught not only physically, but mentally as many know they will not survive. Jorah is leading the front line with the Dothraki behind him; Grey Worm who is leading the Unsullied is behind them and behind him is every character you can think of; Tommund, Jamie, Brienne, Podrick, The Hound and Dolorous all waiting for the army. Daenerys and Jon are waiting on their dragons whilst Arya and Ser Davos are manning the walls. The Battle of Winterfell does not disappoint and brings the ‘Great War’ to a satisfying end.

The episode is absolutely amazing and is completely worth the wait – it was one of the best episodes I have watched. There has been a lot of criticism for the episode; but this has nothing to do with the episode but rather exactly how the season was going to go. We get some great scenes, great character development even in the midst of war (who’s feeling Jaimie and Brienne just that little bit more) and some amazing fan theories finally coming to light. But; GoT is known for its sacrifice and you truly get the feeling that any one of these characters; maybe even all these characters could die. After all; Bran (who can see everything may I add but decides to go into a useless pigeon when we need him the most) warned there might not be an ‘after all this’ in the last episode. And this is how the episode felt, it was very smart in who it showed you, many – including myself – believed Grey Worm was a goner and they teased that brilliantly throughout the entire episode as too Samwell Tarly’s fate. It doesn’t come without it flaws though; due to the nature of the battle at times the episode (and the battle) feels very empty – especially when we share time on the battlefield. However; the biggest problem this film has is the dark lighting it decided to introduce. It made everything that little bit harder to see and was honestly my biggest problem with the episode

It’s hard to pinpoint the standout moment of the episode (bar the Night Kings death which I will talk about later), but the montage where all the characters seem to have lost and the choice of music just cemented the episode up there with the very best, and was one of the very best scenes I have watched which was fitting for this finale. Every single moment of that section of the episode was amazing and I still have a tear in my eye for Theon. He is probably one of the few characters that totally redeemed themselves in my mind, the torture he has been put through in the last few seasons and his death brings his character arc to a close as it showed how much his character had evolved. His protection of Bran was noble and Bran’s words to him showed not only his human side but also Theon’s full circle coming to an end, but at the time I was so confused why he didn’t have a second knife in his hand ready to attack (but that is for a much better character later on). Jorah’s death was also incredible, dying for the only thing he lived for which was, again, so true to his character. Watching him back to back with Daenerys as the walkers slashed away at him made me feel the same pain as him. Making sure to stay standing until it is safe for his main goal: Daenerys. 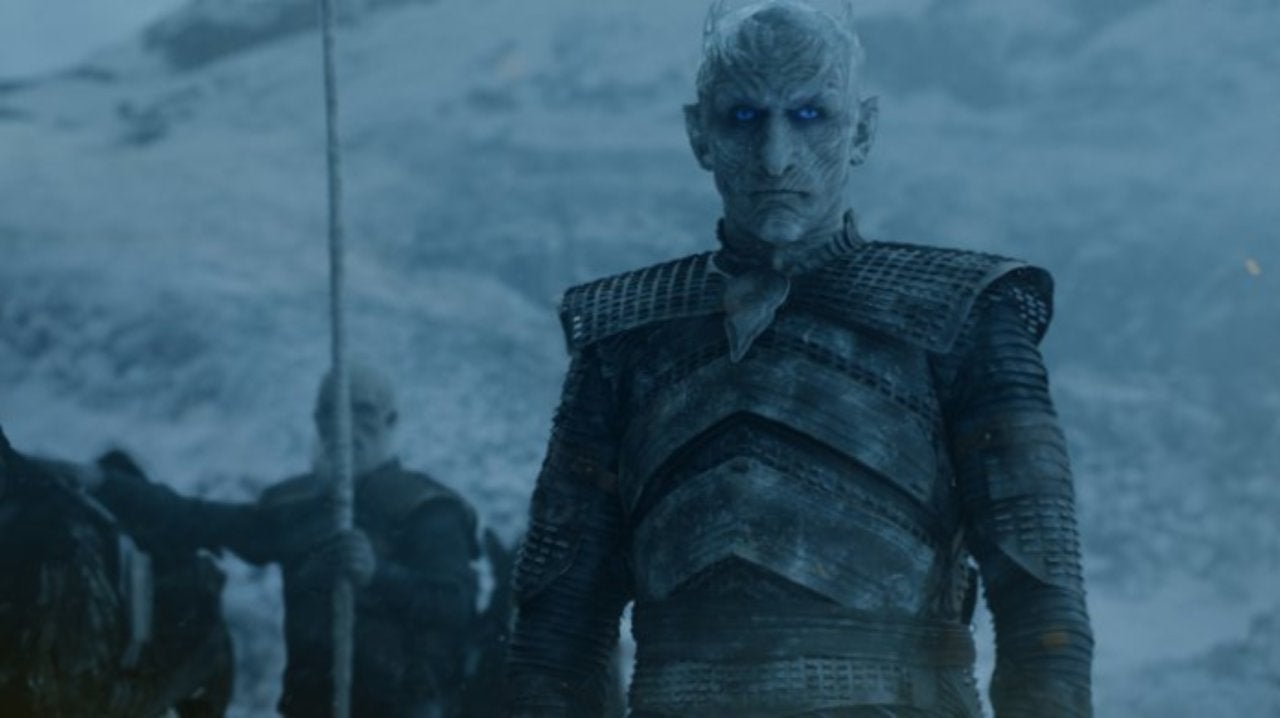 Another standout moment is the moment Jon Snow and The Night King face off, with there being so many call-backs to earlier episodes. The Night King recreates that amazing gif and you know that all the dead are coming back (even those characters we knew) as walkers. We see Jon figure this out and then it is a race to get to him before he manages to raise the dead; almost symmetric with him having to reach his brother before Ramsey kills him. As he did then, he fails and it all leads up to hundreds of walkers jumping on the Dragon.Plus, the scene where the dragon fire did nothing to The Night King was amazing.  It would also be amiss if I didn’t mention the death of Lyanna Mormont who had the best death of all in the episode as she took out a giant and was still brought back to life as the dead arose. 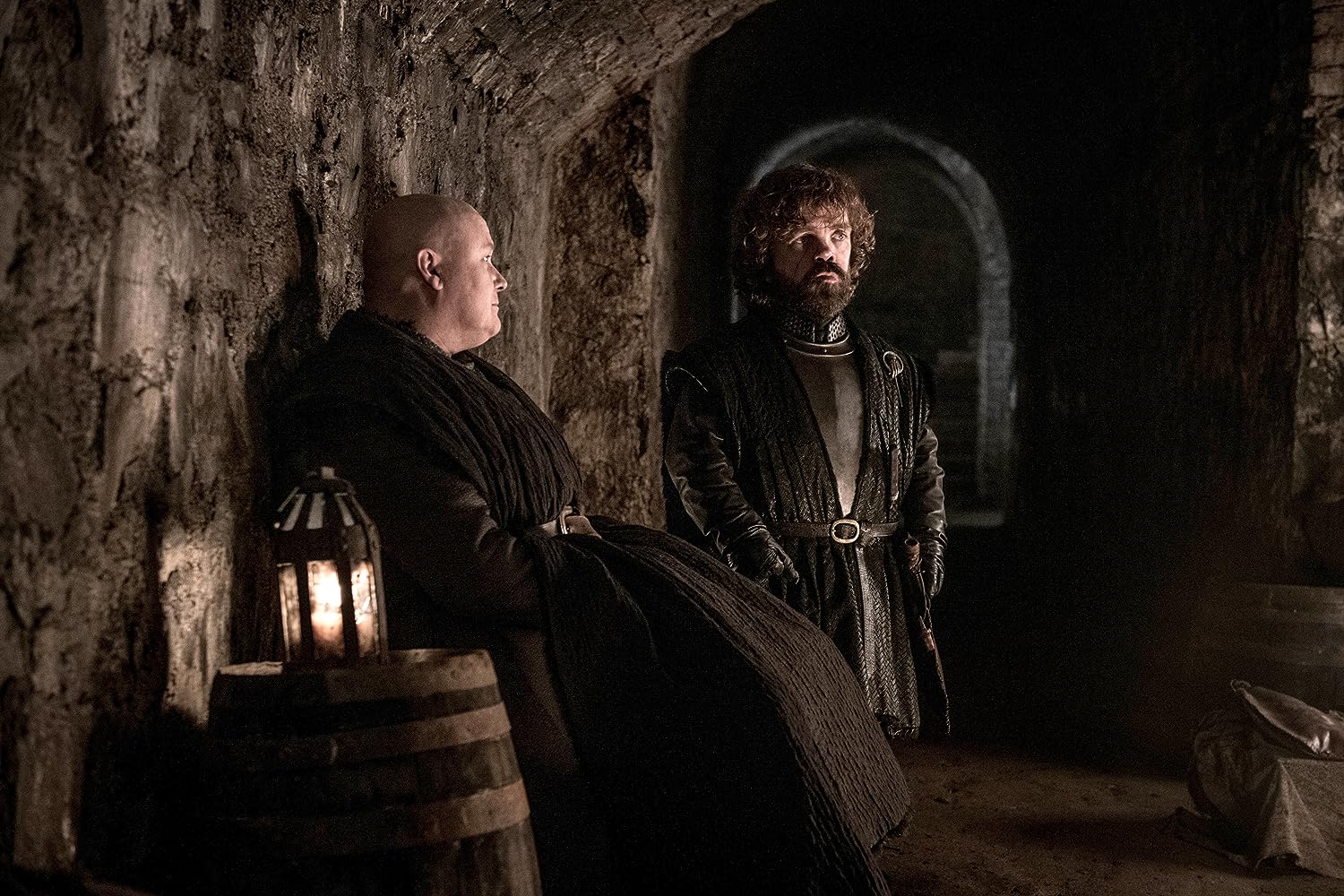 Arguably, not only was the ending amazing but the show maintained the same level of quality throughout and that was set brilliantly by the first ten minutes. It started focusing on these characters that we think are going to die; teasing nervousness – Samwell Tarly is shown to be nervous and each character can be seen to face their fate head on. And then whilst the armies are waiting for the dead, out of the shadows appears Melisandre, and I have never been so happy and yet confused to see a character. Where the hell was she, but she manages to produce some amazing moments throughout the episode, setting ablaze the trenches (I was shouting the words with her) and encouraging Arya to go out there and fight.

Onto that ending; I still had no idea how they were going to save everyone. As I said earlier for a moment it seemed as thought the Night King might just win. Jon was stuck, Bran seemed to be facing his death, the end seemed near. They were excellent in diverting the attention away from what was going to happen, focusing on Jon who had been the one to face the Night King being nowhere near Bran left the audience seriously confused. When the Night King faced Bran, I thought there would be some confirmation of a certain fan theory floating around with a conversation between the two of them, but instead we got another fan theory, as Arya jumped on his back and used her dagger trick to kill the Night King, bringing to fruition Arya killing ‘alot of blue eyes’ as Melisandre had said. Arya had some great scenes as she destroyed so many walkers by herself and as she fought alongside The Hound with them both showing how far they have come. However, taking nothing away from the episode; I completely understand that the quick resolution of the Night King weakens his character because we hardly got to see him – but thankfully I don’t think that this is the end of his story 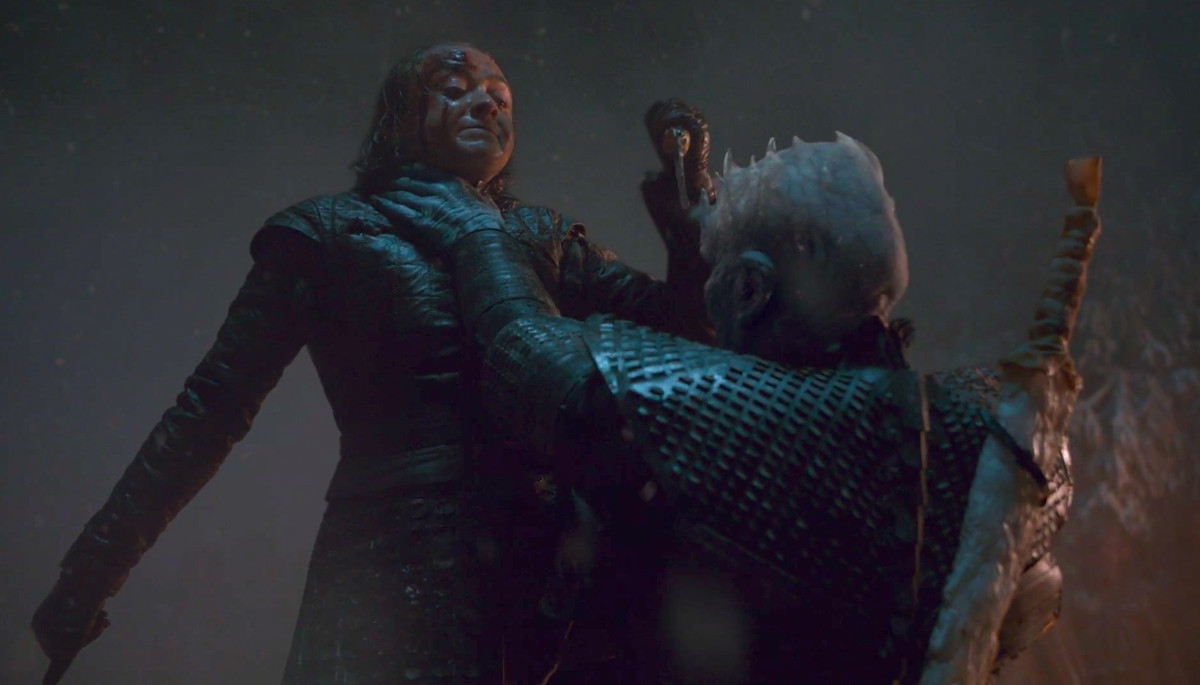 Because so much is going on; something that would normally be a highlight of an episode is reduced to an add-on. Jaime and the rest of the characters are down in the midst of the battle trying their hardest to survive as the audience is on the edge of their seats every-time one of them appear on screen as it could be the end of one.

The Battle of Winterfell was one of the best episodes I have ever watched on television and extremely entertaining throughout the entire episode – even if it was too dark at times. In the grand scheme of the show; maybe the quick resolution is disappointing. But; that takes nothing away from the episode