My last couple posts have been me reviewing the entire year and looking forward to the next. I have previewed next year, I have stated my most annoying movie moments of 2018, I have listed films I think will flop in 2019 and films that are on the edge of flopping. So – I hear you; what could you possibly do next? You even did a post reviewing your own 2018 predictions. Haven’t you flogged this dead horse long enough?? Well…… no I have not!

And I promise, we are coming to the final few posts about next year. In my last post, I listed the films I quit in 2018 and in this post, because I have a very busy schedule some TV Shows also don’t make the cut. So, here are a list of TV Shows I quit in 2018

I thought I should start with new shows I literally invested a trailer in and went: ‘nope’. I am the biggest of fans when it comes to the Teen Titans, the original Teen Titans TV show was a cartoon I loved. And, I even gave the remake: ‘Teen Titans Go!’ a go, but then I just gave up on it. But I did watch the feature film: ‘Teen Titans Go! to the Movies’ – which was just such a delight. My reasoning behind quitting Titans is the same reasoning behind not caring about the DC Universe streaming service, there just isn’t a point. Whilst superheroes are really mainstream now, they aren’t mainstream enough to have an entire streaming service dedicating to them. Plus, I don’t see either of these lasting in the long run. And why am I supposed to love Titans; because Robin said ‘fuck Batman’ in the trailer. No thanks, I’d rather only have good memories from Teen Titans instead of them just becoming dark and broody.

To be honest I didn’t even give Krypton a chance. It seems like a good show but a ridiculous concept and if I’m going to watch an origin show for an origin superhero, I would just continue watching Gotham. It’s similar to Titans where there feels like there are too many superhero shows, and in the grand scheme of things, Krypton just won’t matter and just isn’t needed.

I am  one of the biggest of fans of Chicago Fire, I gave Chicago PD a chance, and even though it struggled to find its footing I stuck with it. Chicago Med came along, I still stuck with it, keeping up with three shows simultaneously – I mean I do it with the Arrow verse, and they threw in Black Lightening to the mix. Then Chicago Justice came along; I didn’t watch it, but I also don’t watch Supergirl, so I knew I could continue watching all three shows. But, it was so much effort, and 2018 was the year I just stopped watching, plus. the shows underwent a lot of change, Erin left PD and Gabriela left Fire. Maybe I just need to reset and pick it up again one day; like I did with Arrowverse.

These next few are kind of cheats, I mean I just haven’t watched the second season of Legion at all. I really liked the first season, a review I did which can be found here. And it isn’t as if I have just one-hundred percent forgotten about it. I just need a little break before I restart it.

HOW TO GET AWAY WITH MURDER. 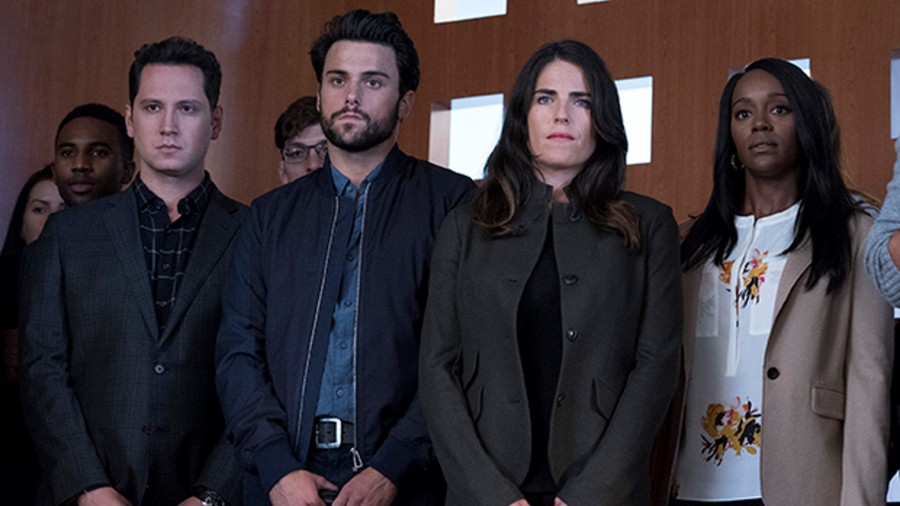 Ok, so like I said, this is a bit of cheat. Because I probably will binge all of this when I get the chance too. But, I have temporarily (maybe) put a halt to proceedings when watching HTGAWM. And it just because it feels kind-of repetitive with the same structure each season that I have to wait each week for and I think I would enjoy it much more just binging through it all in one go. Plus, it just doesn’t feel like the same show that I really loved to begin with, not only because of the lack of Wes but also the dynamics between all the cast has changed radically.

I know I always say this but this is final. I have quit The Walking Dead….. maybe. I might give it another shot. I, mean – I was one-hundred per-cent convinced as soon as I saw Rick’s exit I would leave. But, then they went and teased the talking zombies and it being set in the future (or maybe the present considering seasons 6 through to 8 dragged on for about six months when you think about it) and I stayed. But, the walkers aren’t really evolving and I am seeing fewer reasons to stay.