I wanted to do a “Films to watch for 2018” back in January, after all I did do it at the end of 2016, for 2017 films and I did get the majority of them right. But, time passed and I slacked, until it was March and I couldn’t realistically do a “look forward to” post. So, instead; I am going to do a post of films you should look forward to for the remaining months of 2018. Because, in theory, I could just list all the films I think will win the box office each week for the rest of the year, as the films to look forward too. I am just going to try to list ten films that I think are going to be the ones to look forward to. Of course it is hard to define what is a film you should look forward to, so each of the next seven films are ones that I believe will a) be considered good films (to someone) and b) be successes in the box office.

“Didn’t you say good films; Adam?” Is what you all are probably saying, and whilst that is true it might not be considered a good film, The Meg has everything it needs to succeed and it will be everything it sets out to be. By that, I mean it intends to be a good, popcorn flick, a brain-numbing, cinematic blockbuster, where we see things go “boom”. So, go, sit down, turn your mind off and watch Jason Statham punch a massive shark, or whatever he is going to do. And, we also have to ask, just because a film isn’t great doesn’t mean it’s bad, as I have said the Meg wants to entertain without much else going on and I am sure it will do that, and no matter what you think there is a large proportion of the audience that just wants a blockbuster flick (thus, why Dwayne Johnson did so well)

Whilst I know a lot of people who can’t wait for this film, and whilst I definitely do want to watch it. I wouldn’t say I am excited. And that has nothing to do with the project, I want to see a Venom film, I think it would be really cool. Furthermore, Tom Hardy is probably the best choice ever, and it is going to be well worth the watch just for him. The reason, I am kind of crapping on it at the moment, is just because I have a feeling it will be like every other origin film you see. A really rubbish, corporate bad guy, and then ultimately Venom wins and he is an anti-hero. Of course, I have no idea, and I am just going of one trailer, but it doesn’t seem like it can take any creative risks, or take the character anywhere that isn’t straight. And whilst the isn’t bad, and straight will be good enough, I kind of want to see something bold from it, but that being said I think Tom Hardy will be perfect in it. And I hope I am wrong, and Riz Ahmed is fantastic as well 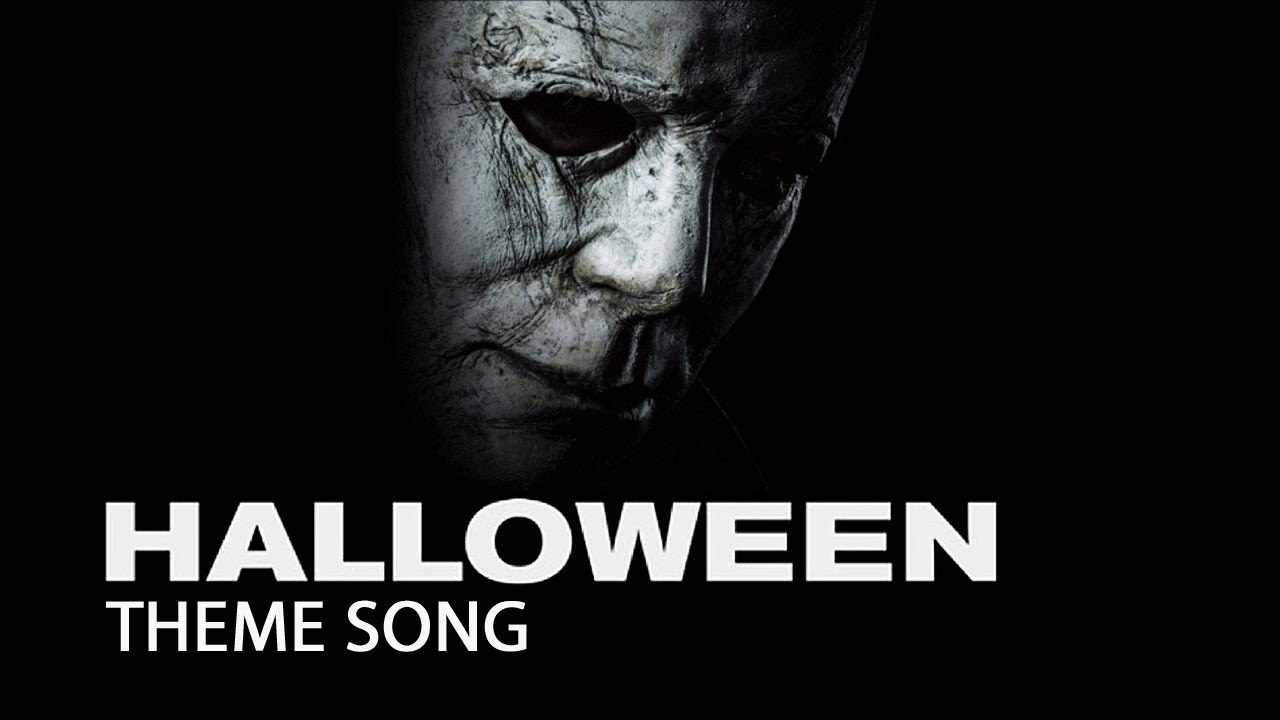 And now is where the prediction part comes into play, although I did predict how I thought Venom would turn out. I always find these boring if I just say the same thing as everyone else, that being said, I also find it boring with how much I say that this blog is different, but anyway moving on. The reason I say Halloween will be the film to watch over Halloween is because it is really the only horror film. Sure, whilst it is a sequel to a film that I have never watched, the trailers do you freak you out, they did get some good publicity and if you look at the entire month of October there is nothing else really coming out, for a whole month anything is up for grabs. It is first come, first serve to rule an entire month. and I have a feeling that Halloween will be a good film, have a big buzz surrounding it and it will be a big hit in October and over Halloween.

This is another one that I don’t really need to explain. Harry Potter is such a big franchise, and is so loved all around the world, there is no way the film won’t be one to watch. So whilst Fantastic Beasts will be a hit, the question is whether it will be a good film or not, especially considering how much world-building the first film felt like it was doing. In regards to performance, the only thing regarding Fantastic Beasts is how well it will do. It doesn’t have any real competition, and as I said before; the only interesting thing about this sequel is whether it will pull in a good enough box office receipts to warrant the trust that has been put it in it. After all, there is a plan for there to be many sequels, and yet it doesn’t feel like it has the same hype or buzz that Harry Potter got, it is quite similar to the Hobbit movies in that regard. So Crimes of Grindelwald has to do well enough to keep the trust and for this spin-off to really take off; similar to how Deadpool 2 was tested earlier this summer, it has to show it is a big box office franchise that can stand on its own.

This prediction may seem easy in hindsight, but when you look at the releases alongside it; it becomes a little more sticky due to it’s hard competition, firstly Fantastic Beasts will be released the week before it, and that will be rivalled by Widows; a film that could definitely carve out a good profit for itself (similar to how A Quiet Place did), and then Ralph Breaks The Internet has competition from the sequel to Creed; whose first film did surprisingly well, (and Micheal B. Jordan’s stock has gone through the roof since then). And, Robin Hood – which I don’t expect to do well but it is a film that stars a good. solid cast. But, I have predicted Ralph 2 to succeed because I think that whoever was in charge of the marketing and whoever decided what direction the sequel should take are geniuses. By allowing crossovers, we will get to see a bigger role for the Disney Universe, which many people no doubt are dying to see. I personally want to watch it because I loved the first and I have no doubt that I will love the second, plus the modernisation of it all, will only make the film better

6] SPIDER-MAN: INTO THE SPIDER-VERSE 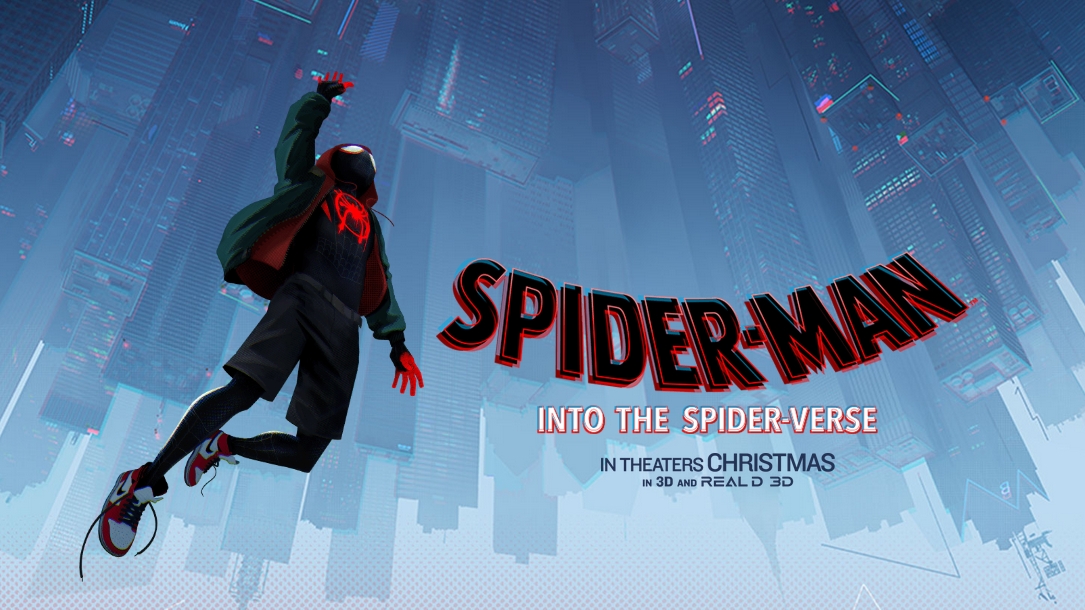 Another bold prediction, and one that I really hope will be right rather than being a hundred percent confident with is Spider-Man: Into The Spider-Verse. I mean, c’mon – Nicolas Cage has got to be good enough to sell it all by himself!! What else do they want? I really hope this film does do well, I originally never really cared for it and honestly, if it was a straight to DVD; I wouldn’t even give it a second look. But, the trailers honestly got me hyped for the film and I am actually looking forward to it. That being said, looking at the competition the film will face, I think Spider-Man should be able to carve open a space. As I eluded to earlier in Wreck It Ralph to with Widows, the term success is hard. Taking a picture like A Quiet Place, it was a success but not the #1 in the world, it competed with Avengers: Infinity War and still managed to be a hit. Spider Man comes out during a very hard time period, which in the span of the following two weeks, will see Mary Poppins and then Bumblebee and Aquaman all fight it out. But, I fully expect Spider-Man to be a success and a really good film, even for those that don’t watch animated comic book films (me!). It is worth pointing out, that the prediction for Mary Poppins Returns, is a hard one but I think it will still be a success; and I think it is a little too easy to say that. You are probably saying how the hell can you predict two blockbuster films that are literally going up against each other in the same weekend to be hits when one must lost out. Well, just in case the decision between Mary Poppins and Spider-Man was hard, when it came to me picking the winner out of Aquaman and Bumblebee it was even harder. It really was hard and everything can change with the right marketing. I just couldn’t pick one over the other, especially considering I think they will both be good films and they will make enough money to be considered successes. But whilst I think the film will be good, I see no hype for Aquaman, so I think word of mouth will carry this movie, but the reason it really is so hard is because the same can be said Bumblebee, I don’t really see that much bar one trailer. And, they are both coming of the back of really disappointing installments in the main franchises. I really wanted to go for one, but I think each will make enough money and each will be a good film. I think Travis Knight is a good and trusted filmmaker, and I think James Wan is a genius, and I really am looking forward to watching Aquaman. If I had to guess which would do better I would say Bumblebee but that can all change. I don’t know why, I just think Bumblebee will come out on top plus it actually looks like a good Transformers movie.