I would like to introduce to you a new segment in my blog called “Ridiculous Moments From…”, where I will list a couple ridiculous moments from a film I have chosen. To kick it all off it is suicide squad. Just to clarify, no film is safe, it doesn’t need to be a necessarily bad film for it to be on the list, any film is up for it.
I am a keen supporter of giving credit where credit is due and I have drawn massive inspiration from one of my favourite websites and you should go check out where I got the inspiration from here. That being said, this is a list that I have created, and five ridiculous moments that I found most pressing from SUICIDE SQUAD.

What about her, I here you ask? Everything. From the fact that June Moon had a job where she discovered artifacts and that fact that she opened it up to her stupid, stupid dance, to her stupid plan of conquering the world. I mean surely it would’ve been easier, to just go to every single city and turn everyone into your little minions (oh, yeah, btw another ridiculous piece in this film) like unleashing a zombie virus, and then you are in control of the world. But no, you must instead turn to a sky beam to do something that I can’t remember, and in order for you to conquer the world you must do a stupid dance. And, oh yeah, she couldn’t even die well, her death was stupid – wanting to give the squad a chance to join her, when she doesn’t need them and she hasn’t given the option to anyone else?!

And then we got her dumb brother, who is he? What is his name? What are his powers? What does he hope to achieve? Is he just her lacky? Does he have all the same powers as his sister? Can he turn people into minions as well? Why doesn’t he start in another city whilst his sister is busy destroying this one? Did he have any part in the plan? I could literally go on forever, but I think you have got the gist. If at the start he gets bigger by killing people, should he be huge now? 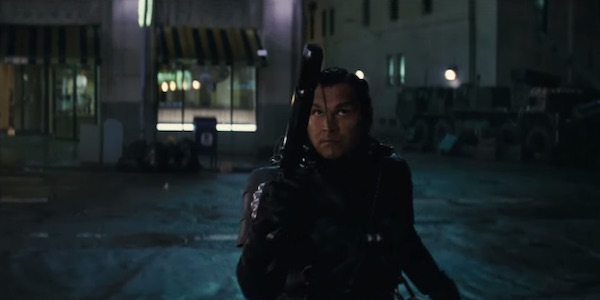 Poor, poor, poor guy. Adam Beach (the actor who played him), must of thought he had hit it big time by getting the gig, yet I don’t think he said a word. His whole purpose was to die, and his omission from the beginning, where Amanda Waller was explaining everyone who was in the squad, showed clearly that he was going to die. Furthermore, we didn’t even see what he could do.

You should know why by now. It’s all anyone seems to talk about when they talk about this film, so I don’t like to focus too much on what everyone else is saying. But c’mon don’t make me say it. For me what is most annoying, isn’t the fact that she isn’t given a story line, or the fact that she is a good guy with bad guys, and not the fact that we hardly get to see her in action but rather because she HARDLY says any lines. The one line (don’t make me say it) that everyone associates with her she doesn’t even say, Rick Flag does (alright, I’m going to say it):

“This is Katana, she’s got my back. I would advise not getting killed by her, her sword traps the souls of it’s victims”

5] Amanda Waller at the end. 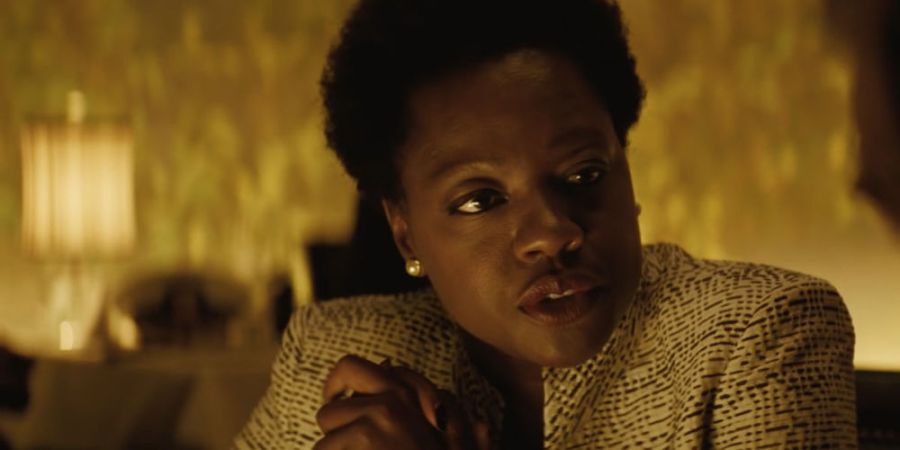 I liked Amanda Waller, but you have to agree that at the end, when she pops back in and reminds everyone they are still going to have to work for her it is stupid. I mean Deadshot has a gun in his hands, and he is a master-assassin, why doesn’t he just shoot her? I think he can kill her before she presses that button. And if he is scared about Rick Flag, didn’t you just save the love of his life and becoming best friends (hell, they tried, but they didn’t become besties as quick as Batman and Superman), so I think he would’ve let you go.

So, there we have it, the most ridiculous moments from Suicide Squad, I hoped you liked it, and you like my concept and I look forward to you enjoying my next one.